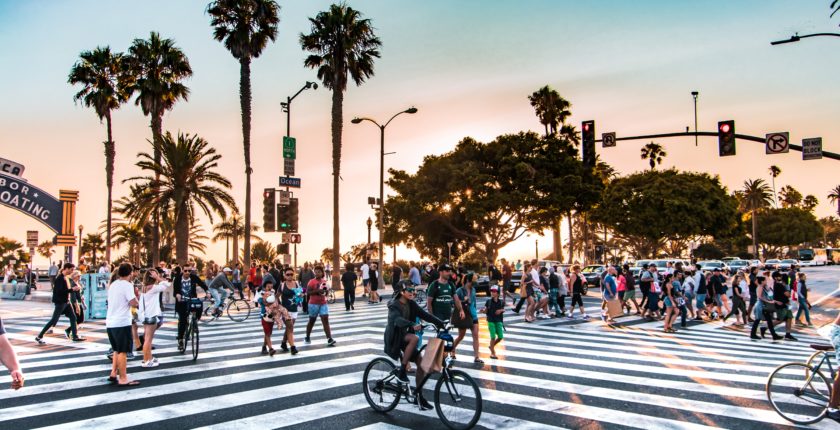 The universe is expanding in Los Angeles. Stars aren’t just for the big screen anymore, they are expanding into IT in such Big Bang fashion that we can’t ignore it. It’s so exciting that, naturally, we had to make room for it on our top 8 list!

Los Angeles (or simply LA to many) is a city well known for it’s glamorous, entertaining and easy-going lifestyle, thanks in large part to Hollywood movies. This is a second largest city after NYC in the United States with a population over 4 million people. The world’s entertainment capital was hidden up a lot of opportunities for the tech industry with a thriving tech ecosystem.

So let’s take a closer look at what makes LA a great contender for becoming the next tech hub in the U.S.

LA’s Tech Capital
Silicon Beach – you’ve heard it right! – is shaking up the tech community in LA with the industry estimated to be worth more than $155 billion based on the study conducted by marketing agency Mediakix in 2018. Software and Information Technology segments in Silicon Beach account for 17% of the total number of companies and is actually the second largest sector in the city after Media and Entertainment. 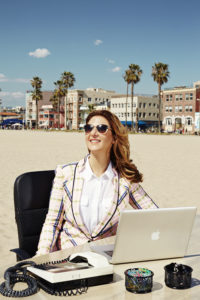 Silicon Beach has brought tremendous opportunity for tech startups to establish the most innovative businesses, and for venture capitalists to invest in those startups. There are a lot of tech companies that either have headquarters in Silicon Beach or have opened an office there including Google, Facebook, SpaceX, Hulu, Dollar Shave Club, Entertainment Arts (EA), and YouTube Spaces.

Venture Capital
Last year, venture capital in LA grew at an astonishing rate. This summer alone, LA tech companies fundraised a whopping $550 million. Just in August, tech companies combined raised $240 million in funding. Tripalink, an LA based co-living provider targeting young students and professionals, raised $10 million in the third round to expand its market. Singularity 6, a video game studio, received $16.5 million for their Massively Multiplayer Online game development.  Zenlayer, a mega IT services provider, boosted the funding to $30 million to expand into emerging markets. PacketFabric is a network platform for enterprise private network management which raised $75 million for technology development and global expansion. And the biggest winner of August was Tala, the Santa Monica based Fintech company that just received $110 million in Series D funding to launch new products.

World-Class Education
LA provides access to exceptional post secondary academic institutions. It is home to the world-class colleges and universities which offer students not only the highest standards in research and academic disciplines, but also offer a hands-on approach to the tech and media worlds while offering great networking opportunities. Caltech, California Institute of Technology currently occupies 2nd rank position in the World University Rankings 2020. The university provides the world’s best study of science and engineering and has already won 34 Nobel Prizes. The University of California is another leading academic institution in LA offering over 125 majors and 80 minors in Science, Art, Theater, Film and Television, Engineering and Applied Science. University of Southern California consistently ranks as one of the world’s top 100 universities and accounts for more Oscar-winning alumni than any other institution.

Escape Valves
Located in Southern California between the mountains and the Pacific Ocean, LA opens up a lot of amazing outdoor views and places to live with a great variety. 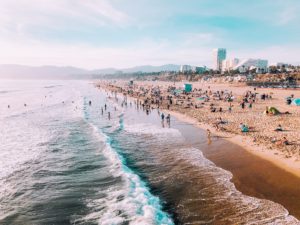 In the same city you can go to the sea and enjoy a sunny day on the beaches, or venture up to 8,ooo feet above sea level. Yup, it’s a city with breathtaking views a wide variety of culture. With people coming from over 140 different countries and speaking roughly 86 different languages, in LA you can escape from the big world to any of the cultural neighborhoods such as Chinatown, Koreatown, Little Tokyo, Little America, Thai Town, Little Ethiopia, Historic Filipinotown, and Pico-Robertson, the center of Jewish community.

Lifestyle in LA
The living in LA seems attractive to a lot of people all over the world. The city tends to encourages people to start following healthy lifestyles and productive mindsets through its many yogi or yoga studios, gyms, restaurants and bars with organic food and fresh juices, and a good local farmer’s market. The work-life balance is easily found here because of seasonal job opportunities or non-traditional requirements of work outside the office. LA is home to over 100 museums, music venues, theatres, and art galleries such as Los Angeles County Museum of Art (LACMA), Hunting Library – Art Collections & Botanic Gardens, California Science Center, Peterson Automotive museum, Disney Concert Hall, The Getty, etc. LA is a host of major entertainment awards shows like Oscars, Grammy, Golden Globe and Academy Awards.

Networking Opportunities
The city has not only entertainment events, but also many tech summits and conferences hosting leading  tech events of North America. CIS 2019, the leading conference focused on block chain investing, building and mainstream adoption, is taking place on October 15th. 157 Unicorn Battle, startup competition for finding investors and raising money from venture funds is coming up October 10. MWC 2019, the North America’s leading event for the tech industry is going to open doors on October 22-24th for anyone who wants to explore Intelligent Connectivity – the combination of 5G networks, IoT, AI and bid data. Summit LA 19 gathers leaders across all disciplines to share their experience, classes, and talks on November 8-11th. Cyber Security Summit connects C-Suite & Senior Executives who are responsible for critical protection of companies’ infrastructure on December 5th, 2019. These events are worth to be attended in order to stay tuned about consistently changing technologies and trends.

Has this article got you feeling sunny about a new career in Los Angeles? We can help. Contact us today at admin@vtrac.com to see how we can help make you the next rising tech star in Los Angeles!

VTRAC team will be attending the #HRPA2020. Please visit us IRL at Booth 435.

Every year many exciting and chaotic trends are shaping our future. Read on to see what we predict! And share your opinion on what will be the big trend of the new year?