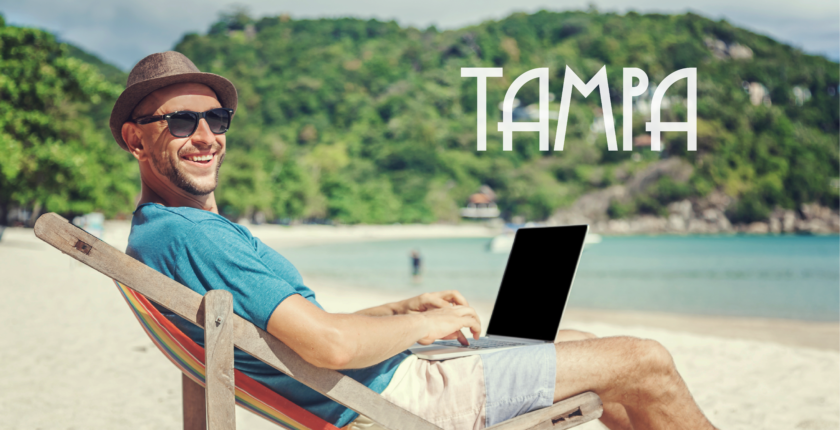 A couple of weeks ago, we started taking a glance at some of the hottest tech cities in North America. We started with Austin, Toronto and Waterloo, but as the region braces for its first cold snap of the season, we decided to seek out some warmer weather and head south to Tampa. And what a great city to heat things up with, the name is believed to come from the Calusa phrase “Sticks of Fire” after all. Besides the great temperatures, beautiful scenery and exciting attractions, Tampa has a lot to offer to tech companies and professionals, leading it to become one of the fast-growing tech cities in the US.

So why is this area so hot anyway?

More than 50 major technology companies in the US (including software, IT, cybersecurity and autonomous vehicle companies and startups) are already located in Tampa. During the past 2 years, they have contributed to the creation of more than 36,000 new tech jobs, with roughly 25% of all Florida’s tech jobs emerging from the sunny city. Don’t believe us?  Check out some of these examples: ConnectWise, Data Tech, GSP, Jabil Inc., KnowBe4, ReliaQuest, Spectrio, Syniverse, SystemSoft Technologies, Tech Data, Vology, WellCare Health, and many others.

Since 2013, the Tampa Bay Way, an innovative tech community and accelerator, has been helping to arrange assistance in the development of local technology organizations.  The organization has provided support to more than 365 startups, raised over $400 million in capital and created more than 2,700 jobs in the Tampa Bay Area. In addition to supporting local entrepreneurs. In the Q3, their 90-day TechDiversity Accelerator program extended to include 15 companies that are owned, controlled and operated by people of color (BIPOC) or underrepresented entrepreneurs, minorities, women, veterans, LGBTQ,  and people with disabilities.

Venture capital plays a major role in Tampa’s tech sector growth. Florida Funders is building the next generation of tech companies by targeting early-stage tech startups and investing anywhere from $500,000 to $2 million in each promising endeavor. The rays of investment are not only heating up the startup communities though. Bill Gates and Jeffrey Vinik invested $3.5 billion in real estate to promote the area’s tech scene through Water Street Tampa, an ambitious 50-acre development project, transforming Downtown of the city and embracing an entirely unique urban energy.

In May 2021, TampaBay Ventures announced their first $20 million seed fund to support the growing tech sector. They are planning to invest in 20 Tampa Bay Region companies in the next five years.

Compared to the cost of living in Miami, Tampa offers a much better opportunity for young professionals to settle down.  According to Zillow Home Value, as of May 2021, the median cost of a home in Tampa was 29.7% less expensive than in Miami, with rental costs almost double the savings.  Across the nation, Tampa is also a stellar location. The housing expenses are 22% lower than the national average, average rent is approximately 14% less than in Miami and the cost of living in Tampa is still lower than many other large areas such as Denver, Austin, Phoenix, Dallas, and Atlanta.

The Tampa Bay area is warming up as diverse young professionals, couples, and families relocate to the area to “seas” the day and soak up the sun in one of the most innovative cities in the country. While economics and investment have certainly been a major contributor ofit’s success, we can not disregard the power of nature. Life’s a beach afterall, and the sunshine state offers the opportunity to bathe in the sun and ocean at any time of the year.

There are always “shell-abrations on the streets of Tampa, and there is something for everyone. You can enjoy every kind of festival,  including  sports, recreation, music, adventure, art, culture, dining, nightlife, and kids-friendly events and business forums and seminars. Just this month alone,  you can take in a game of ball as the  Tampa Bay Rays take on the  Miami Marlins and witness the grand opening of the the Tampa Baseball Museum, participate in Yoga in the Park on Sep. 26, or sing along with Maroon 5 as they perform on Sep. 24.

Thinking about building your IT team or moving to the sunshine state? VTRAC can help. Let’s chat…

See you at the beach!

VTRAC is a majority women own company, a Certified Diversity Supplier and a member CanadaFlorida Chamber of Commerce.