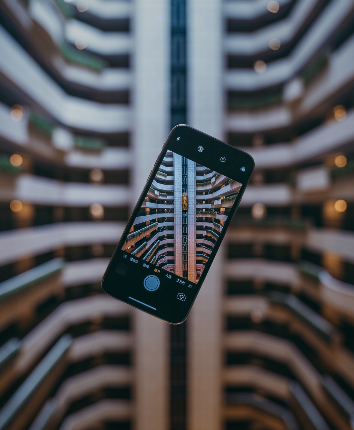 5G is coming, are you ready?

Quick Question: What does the ‘G’ stand for in 5G?  If you said ‘generation’, Congratulations, you’re right!

Much like humans, cellular networks are also measured in ‘generations’ as they progress. In fact, the first generation(1G) started in 1979 when Japan introduced the first automated cellular network. Since then, we’ve actually had 7 generations: 1, 2, 3, 3.5, 4, 4.5, and the new 5G!

But unlike human generations which tend to be measured in time, the progression of mobile phone networks is based off of speed and delivery methods.  For example, 1G moved into 2G with the adoption of the first digital network which was capable of efficient and diverse data transfers such as text messages.

Generally speaking, a new generation is introduced every 10 years or so. It’s also important to remember what separates the generations. It’s not just faster speed, but a fundamental shift in how the technology is delivered. A common analogy is to consider the upgrading of highways. If we consider the 4 and 4.5G technologies of today, it would be comparable to a 2 laneway highway,  getting cars, (or data),  where they need to go but is susceptible to back-ups and lagging. Paralleled to an eight-lane expressway  upgrade,  5G networks would move more data over more devices and much further and faster.

How much faster?  5G networks are totally focused on  increasing data rates, system capacity, device connectivity and reducing latency, energy use and costs. And, while the true specs aren’t set to be released until March 2019,  speeds of up to 10GB and latency down to 1 millisecond is certainly probable.

Sounds great right? So what’s the hold-up? The 5G network relies on much higher frequencies which have smaller wavelengths so they require more towers. For cell phone companies, the cost of building new infrastructure would not be beneficial enough to warrant the cost, however the IOT is now opening up many new use cases for 5G. Another method recently looked at is network slicing which allows a single network to be used in multiple ways by assigning functions to different calibre sections.

What kind of use cases? There are many, and the list is ever-growing! The following are our top 3:

In short, the fundamentals behind 5G networks are reasonably simple – higher frequencies carry more data and are less crowded. But, while the theory is simple, implementation is not. Current infrastructure operates on a macro level, supporting low frequencies and large infrastructure. 5G networks operate on higher frequencies that require smaller, and more towers. This means that massive investments in hardware and time are required to fully adopt 5G in all its potential, and experimentation is key, which is part of the reason we’ve gone through so many generations of networking. But despite the challenges, we cannot escape ever changing technologies, nor can we deny the power in the opportunities that 5G presents us with.

VTRAC would like your opinion. Are you ready for 5G?