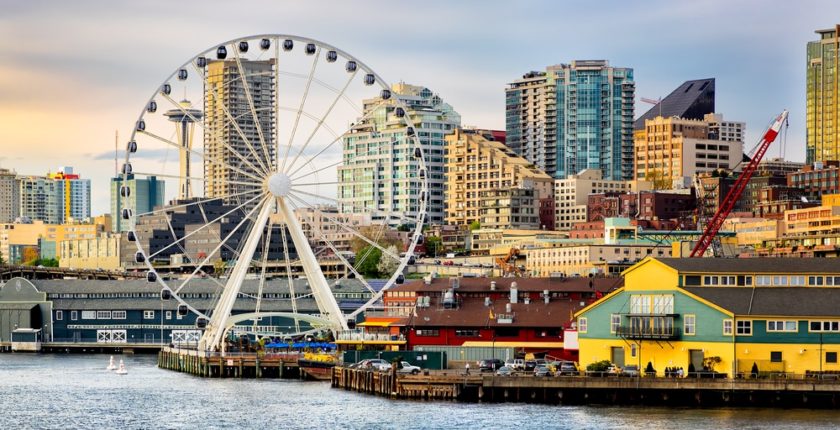 Techies in Seattle are seeing green and we’re not just talking about the environment. With average salaries topping comfortable living amounts and more than 20,000 open tech jobs in the city, it’s no wonder the Emerald City is becoming such a fast-growing tech hub. The city nurtured a huge amount of tech startups over the last 10 years. In fact, Seattle increased the startup presence from 699 in 2008 to over 2,000 last year representing a 225% growth rate!

So what is bringing tech talents to Seattle? 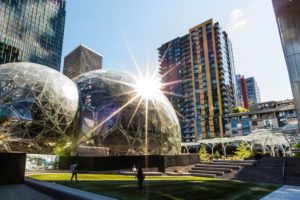 In Seattle you will find many large companies that are globally transforming the tech industry. One of the biggest companies that settled down in the sleepless city is, of course, Amazon. With roughly 40 buildings on the campus of the company, Amazon has thousands of open positions including software development, product management, engineering, programming and so on. Microsoft is another iconic tech giant that has established its headquarters here. The company has up to 40,000 employees on its huge campus and is always expanding job opportunities in innovations, data science, and engineering.  The travel booking website, Expedia Group is a neighbour of Microsoft and Amazon with hundreds of opened IT positions. Facebook and Google are also growing their presence in the city.

Hot Jobs
Tech companies of the city provide IT jobs with a wide range of positions such as IT Tech Support, Data Scientists, Solutions Architects, Software Developers, Program and Product Managers, Web Developers and of course Marketing Managers. Today all these jobs are still in high demand in Seattle.

Cost of Living
The living cost in Seattle is one of the things that attracts tech talent to the city. $72,000 a year is enough to live comfortably, and with an average IT salary of $138,000 for the city, it’s no wonder many tech start-ups are moving to Seattle. Comparative to other US cities, the cost of living is higher in New York City, San Francisco, or Los Angeles is simply more expensive. 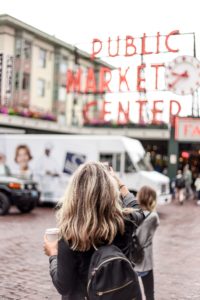 Seattle is a city full of java lovers, both the drinkable kind and the binary type! Independently-run coffee shops offer an array of different products and services, promoting the economic growth of local retailers. It’s also a great locale for dog owners because Seattle’s businesses allow their employees to bring their little friends to work, classifying them as “working dogs”. Besides that, Seattle has a plenty of activities to do and places to visit. Pike Place Market, the world famous farmers market, is opened 363 days a year and the most visited place of the city by tourists and local folks.

Building your Network
Seattle never falls short when it comes to events. Some major tech events worth visiting this fall are the GeekWire Summit 2019, a technology conference that brings together 1,000 tech and business leaders to discuss the future of tech which takes place October 7th, 2019. ZeekWeek is one of the most important community events, allowing members, developers and inside respondents to collaborate on cyber security strategies and initiatives during October 8th – 11th, 2019 .

With such an exciting future in tech, it seems as though Tom Hanks and Meg Ryan aren’t the only two that are going to be sleepless in Seattle anymore. Whether you are looking for a new opportunity, or you are looking for talent, get on board by connecting with us today at admin@vtrac.com or visit our openings here.

Hope everyone had as much fun as we did at this year’s HR West Conference in San Francisco. We are all over U.S. and we are happy to meet colleagues and recruit quality talents.

It’s been great getting to meet everyone! We cannot wait for the next year!

#HRPA2020 conference was a fantastic opportunity for collaboration with other human resource colleagues in the industry national wide. Hope to see you there next year!